In this article Fablr’s digital marketing agony aunt, Jodie Beardmore, explains the reasons why you should consider using micro influencers. While there is no industry-wide agreed definition of a micro-influencer, in terms of the number of social followers they have, (everyone has a slightly different range here) we generally consider a bracket of 3,000 – 15,000 followers a good fit. Micro-influencers are often overlooked for larger influencers partly due to the misconception that influencers are only effective in your marketing strategy if they have lots of followers.

This article will clear up some of the misconceptions of micro-influencers and discuss some of the benefits of using them: they are more cost-effective, have a faster turnaround time, and are more relatable and trusted by your target audience.

So where can I find micro influencers?

You can find micro influencers in a variety of ways

A great example that shows that follower count is not the only metric to consider is from back in 2019 when influencer Arii, who had over 2 million followers, was unable to sell even 36 t-shirts!

It may be that one of your marketing goals is to reach as many people as possible, which in this case influencers with a large following could be the best option for your brand. However, you need to consider how much of that reach will have an actual interest in your product/service. For more niche audiences in particular it may be worth focusing on a smaller community of people who show an active interest in your brand. It’s better to have thousands of followers who show an active interest in what you have to offer than millions with a vague passing interest in what you have to say.

#Reason 1 Micro influencers add an authentic touch to your feed

People are beginning to doubt the authenticity of influencer promotions and asking themselves if the influencers who promote your products/services have a genuine interest in your brand. Any doubts about the influencers representing your brand will contribute to a lack of trust in your product or service. You wouldn’t buy from a company you don’t trust right? So how do you create trust?

Authenticity creates trust and loyal customers for your brand and you can build it by marketing your brand in ways that feel relatable to your customers.

For example, Ye Olde Oak’s target audience is young mums, so we worked with mother of four @amysmealplan who creates recipes tailored towards families on a budget. Amy is very relatable to our target audience and her content feels authentic. In each post she gives us a glimpse into her life as a mother, posts about days out with the kids and of course cooks up delicious recipes. She’s not pretending to be a mum to sell our product, this is her real life and she understands what people in this target audience want. Her followers are also all mostly young mums so she was the perfect person for us to work with as our target audience was already actively interested in her.

This meant that the posts she created for the brand had plenty of engagement with other mums who wanted to try out the recipes and try the hot dogs themselves.

Another thing to consider with larger influencers, particularly celebrities, is that the engagement they get will likely be less relevant to your brand. Millions of people will be commenting on these posts not necessarily because they’re interested in the product but because they want the attention of the celebrity. These accounts are also often followed by spam accounts and are more likely to have spam in the comments. You can see the difference in these two screenshots. 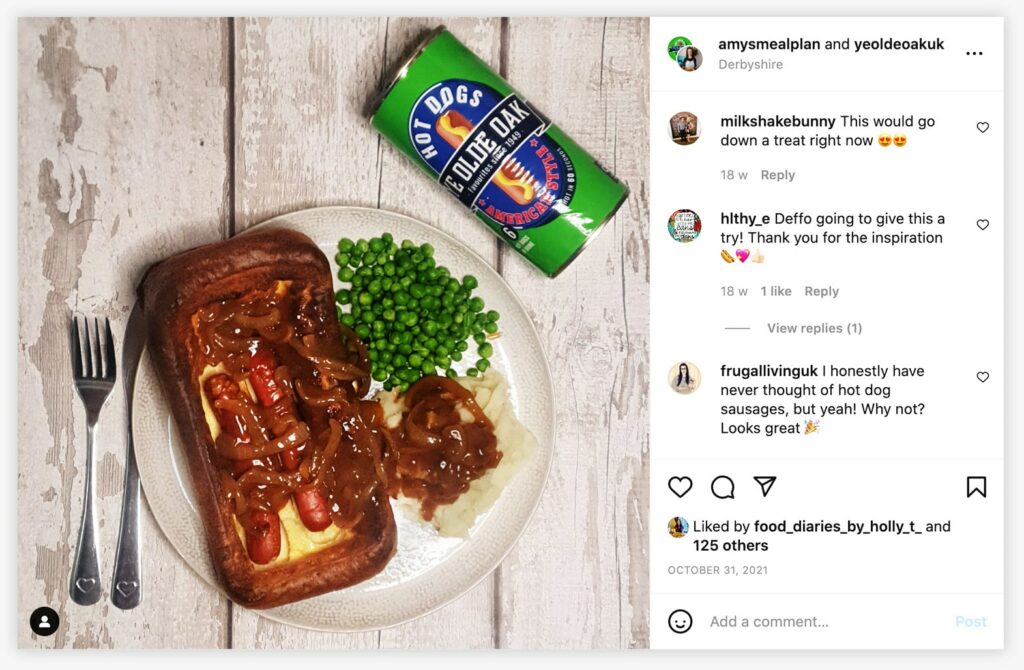 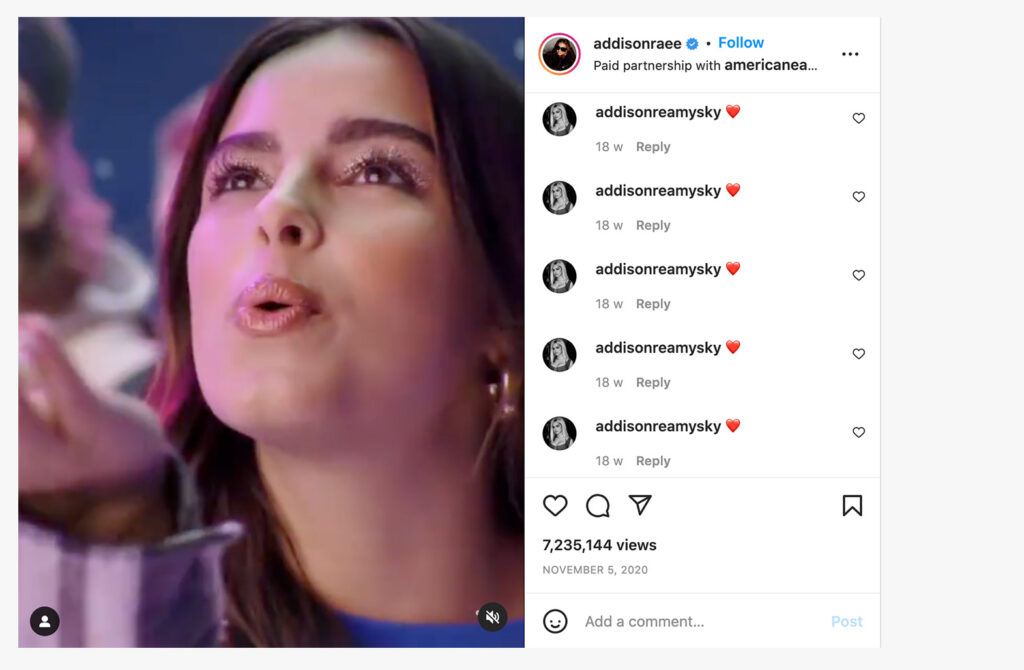 Micro-influencers are much more accessible to businesses on a lower budget. As I mentioned earlier, there is a common misconception that bigger is better and that using an influencer with a large follower count is what will help you reach your objectives. However, the more followers an influencer has, the higher the cost. This means that you likely can’t create as much content as you could with a micro-influencer and that you’re relying on less content to interest their followers.

As mentioned in Forbes, “Many people will see your brand’s sponsored content with an influencer but the number of those followers who will purchase the product is far fewer, limiting the brand’s ROI.”

I discussed this point briefly in my last article ‘5 reasons to use video in your content strategy’ It is easier to find genuine fans of your brand through smaller influencers especially if your product/service serves a niche audience. If you’re targeting young mums, for example, then it makes sense to connect with a micro-influencer who can relate to this audience.

For example, a mum looking for an easy meal to make for the kids sees both an ad from another mum from the same background with the same issue, and an ad from a food business promoting a similar idea, she’s much more likely to trust the mother as she can better relate to her than the company.

Micro-influencers are often followed by similar accounts to themselves so if they’re a Mum-fluencer then it’s likely that a bunch of their followers are too. This gives you plenty of direct access to your target audience.

It’s often quicker to get everything agreed, signed and delivered from smaller influencers than larger influencers where you will need to go through their agency, representatives and legal teams. This means that you can get up and running with the influencer faster, meaning that you will have much less lead time before the campaign begins which is great for reactive marketing.

If you want to successfully ‘piggyback’ on trends then this needs to be done quickly. For example, remember the dress that was the subject of discussion on whether it was white and gold or blue and black from way back in 2015? If the process of setting up with an influencer took several months from when that was trending we would miss our key time for them to talk about the trend and by this point it would be irrelevant.

#Reason 5 New Ideas From The Comments

As I mentioned in reason 1, thousands of people will be commenting on larger influencers’ posts, especially those of celebrities, not necessarily because they’re interested in the product but because they want the attention of the celebrity.

It is much easier to get many micro-influencers reviewing your product than it is for much larger influencers due to cost and that some influencers may only want to work with brands that are a good fit for them. You’re also more likely to have direct access to micro-influencers instead of jumping through hoops as I mentioned in reason 4. This makes things like shipping products to the micro influencers themselves much easier.

Of course, the more reviews your brand has the more trusted it becomes which feeds into reason 3.

This article should have cleared up any misconceptions you may have had around micro influencers so that you are more keen to give them a go! We’ve explained where you can find them, how to get started and why they are beneficial to your marketing campaigns.

In the meantime, if you want to discuss any questions you may have about using micro influencers in your next marketing campaign you should contact us at [email protected] We can always arrange a time for a cup of tea to see how we can help you use micro influencers to meet your business goals.